Wash you car on Thursday so it can rain Friday... 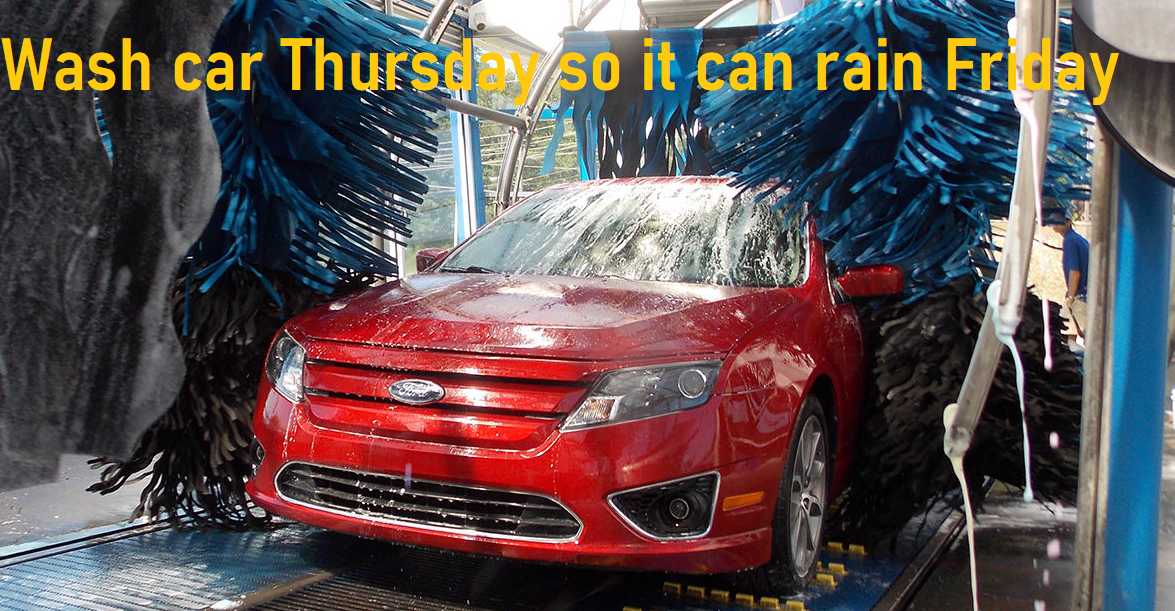 Last week's post said to mark your calendars for Friday Sept 17, as our first autumn rain event was likely to occur. I'm happy to say that rain/showers are looking likely Friday through the weekend, as a moderately strong storm system affects pretty much all of the state. There's still discrepancies in the finer details (timing, total rainfall, wind), but as of this writing it looks like rain will develop on Friday - sometime between late morning and mid-afternoon. Rain may become heavy Friday night into Saturday morning then switch over to a showery pattern at some point on Saturday into Sunday. Total rainfall looks to be around 1/2"-1.25". This may be a breezy-windy system, so we can see some gusts to 30 mph at times. Snow? This is not a particularly cold system so snow levels will likely stay above 6000-7000', although there may be a dusting over the peaks of the Cascades. Check out the preliminary total rainfall predictions by two of the most accurate models:

Today and Tuesday will be the warmest days of the week, with highs peaking around the middle 70's today and upper 70's-low 80's Tuesday (normal high/low is near 79/48). Lows are expected to bottom out in the low-mid 40's. Wednesday, a cooler air mass moves in with highs around 70-75, but there's a good chance that lows may dip into the upper 30's. Highs will continue to gradually cool each day and on Sunday we might not reach any higher than 60. Lows Thursday night through Saturday night will vary from the mid 40's to low 50's. If clouds clear out in time Sunday night, lows might be in the upper 30's to around 40. Check out the "blended" predictions of several of the models:

This summer was undoubtedly ridiculously hot (31 days in the 90's, five in the 100's). So hot that for just about all of Oregon, either the "mean" temperature was the warmest on record or was in the top 10% of being the warmest. But as you can see, Oregon wasn't alone. Record to near record heat occurred throughout the west. The "mean" temperature is adding up together all the high and low temperatures then dividing it by the total number of high and lows used (example 77+48+76+49=250 divided by 4 equals 62.5 as the "mean"). This basically gives you an "average."