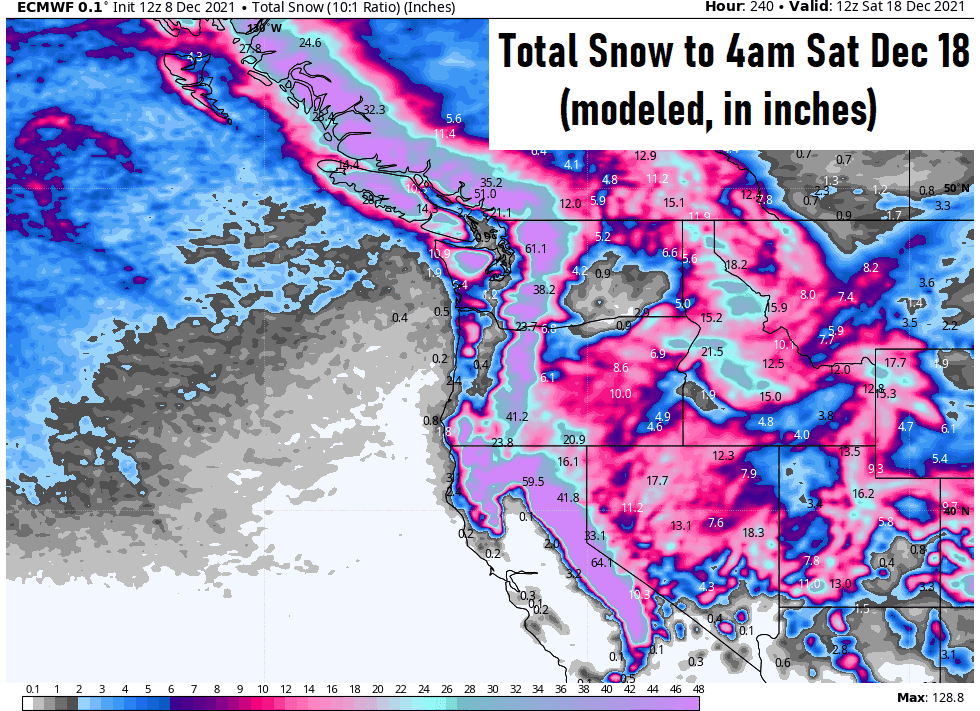 Everyone's asking if we'll see snow in and around Cottage Grove, so I'll get right to it. Cold air possibilities mentioned in posts on Nov 28, Dec 1, and Dec 6, cold air is now starting to come to fruition. Over the next 7-10 days, three to four low pressure systems will affect the PacNW and our area. Snow levels will fluctuate between 1500' to 2500'. Although it's possible that snow levels can drop to near 1000' Thursday afternoon-evening, don't hold your breath. Colder air arrives next week and this is when better chances for lowland snow will exist (but not a slam dunk).

Computer model data signals that the best time period potential for us seeing some snow is between Monday and Friday of NEXT WEEK (Dec 13-17). Monday and Wednesday are pinned as the days with greatest potential (as of the time of this post). That said, lowland snow predictions are more accurate when within 24-72 hours. Many ingredients need to come together "just right" and it's nearly impossible to predict lowland snow beyond 72-hours. However, certain situations and patterns can indicate that a "potential" may exist beyond 72-hours. As we sit today, the developing and anticipated pattern next week increases probabilities for lowland snow. Therefore, the aforementioned snow potential exists, based on current data, Monday-Friday of next week (Dec 13-17). Due to the cold air and cold low pressure systems, odds do increase for lowland snow possibilities next week.

It looks like we'll see between 2-3" of rainfall over the next 10-days (through Sat Dec 18). Most of the rainfall occurs between Saturday and Tuesday. Here's one model's prediction:

Over the next 10-days, high temperatures look to mainly be in the 40's with lows varying between 30 and 37. Here's a rough prediction on temperatures - it could be a little cooler than this (especially next week):