Spring is in the air! 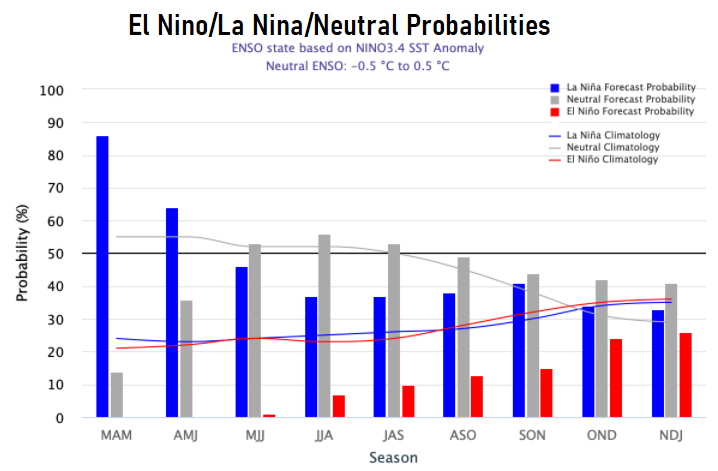 Wednesday March 23: The Spring Equinox occurred this past Sunday (Meteorological Spring began back on March 1). Could see some sprinkles or an isolated shower through this afternoon, otherwise it looks dry through Saturday morning. Rain is then expected to develop Sunday afternoon into Monday morning (around 1/4"). Thereafter, next rain chances look to be Tuesday night and Wednesday of next week (around 1/2"). Snow levels will be above 5000'.

La Nina is now expected to dissipate during June or July. However, some data hints that a third La Nina may then form during fall. It is rare to have three consecutive La Nina's. As a reminder, La Nina and El Nino have three different strengths (weak, moderate, strong), each resulting in various impacts of anomalous precipitation and temperatures.