Series of storms over the next 10-days! 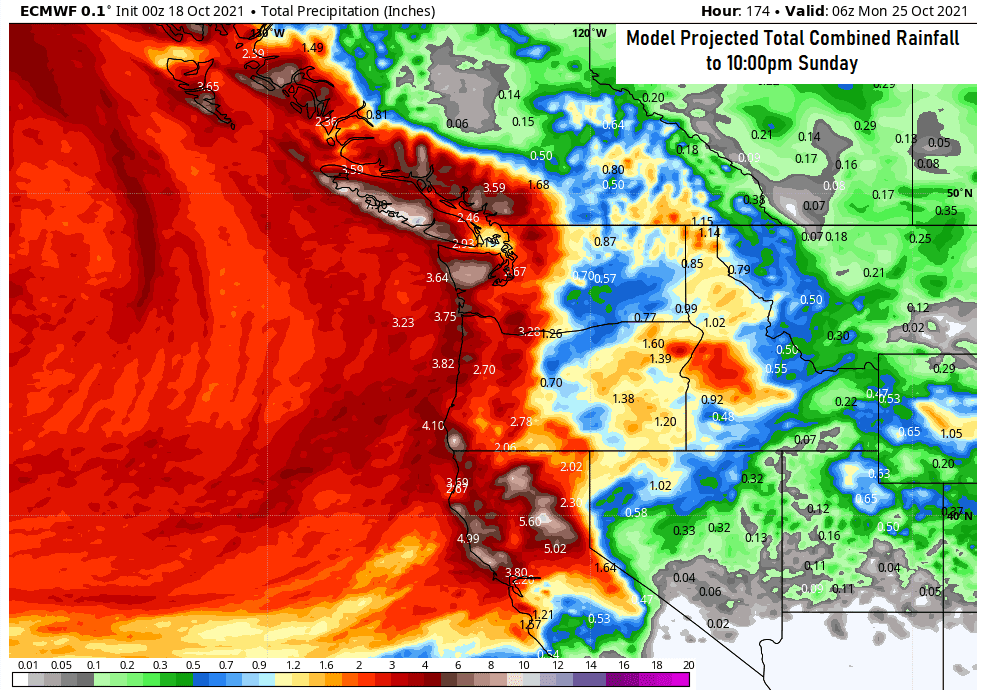 What: A series of four to five medium to strong strength low pressure systems will affect the region Tuesday night through Sunday, resulting in periods of rain, breezy conditions at times, and snow above 5000-6000'. These are not expected to be very cold systems, but total new mountain snow at the higher elevations could reach 5-10"+ by Monday.

Timing: Storm systems will pass through about every 24-36 hours, beginning Tuesday night.

Hazards: Nothing out of the ordinary; clogged storm drains from fallen leaves may result in some spotted and minor street flooding.

Total Rainfall: Combined precipitation Tuesday night through Sunday is expected to be around 1.75"-3.25". Preliminary data hints at heavy rainfall Sunday afternoon through Monday, which could add to the projected totals. Will address this potential in the update later this week. Total average rainfall for the month of October is 3.67". As of 10:00am today (Mon Oct 18), we've recorded 1.06" so far for the month. It's looking like we'll close out the month with at least near normal rainfall.

Wind: No strong wind concerns through Sunday. Gusts will mostly stay between 15-25 mph as each storm front passes through. However, a few gust to 30 mph are possible on Wednesday morning-afternoon.

Snow Potential below 1000': Not going to happen.

15-day Outlook: Looking wet through Oct 28 or 29, then a few possible dry days at the end of the month. In general, the pattern does look to remain active.

Seasonal Outlook (90-days, preliminary): Slightly better chances for above average precipitation, good chances for near normal temperatures (as a whole, within +/- 5°F).