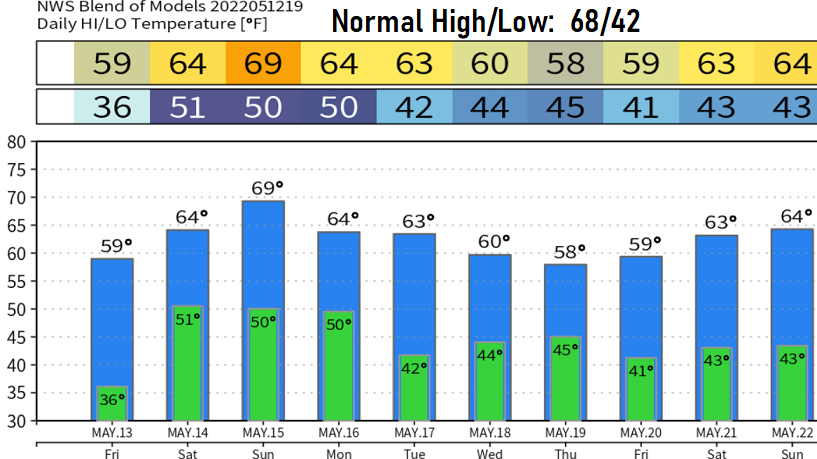 Thursday May 12: Showers will continue to about midnight, then expect just an isolated shower or two overnight. Tomorrow, Friday, "should" have a dry break during the morning which may possibly extend into the early afternoon. Total additional rainfall around 1/4". Another low pressure system will cause rain and showers to develop again between noon and 4:00pm Friday. Showers then extend into Saturday afternoon. This system has the potential to drop another 1/2-3/4" of rain. Sunday and Monday both look "iffy" with small light shower chances. I wouldn't be surprised if Sunday and Monday end up "mostly" dry. Thereafter, next solid rain chances look to be on Wednesday.

So far for May, we've recorded 3.81" of rainfall (as of 2:00pm May 12). Normal for the entire month is 2.60", so we're already following in April's footsteps with above normal precipitation. But we cannot forget that the period of January through March was so incredibly dry that we were running behind by 7" on March 31. Our region of the snow pack is currently at 139% of average (April 1 it was at 64%).