More rain fell yesterday (March 2) than during all of February! 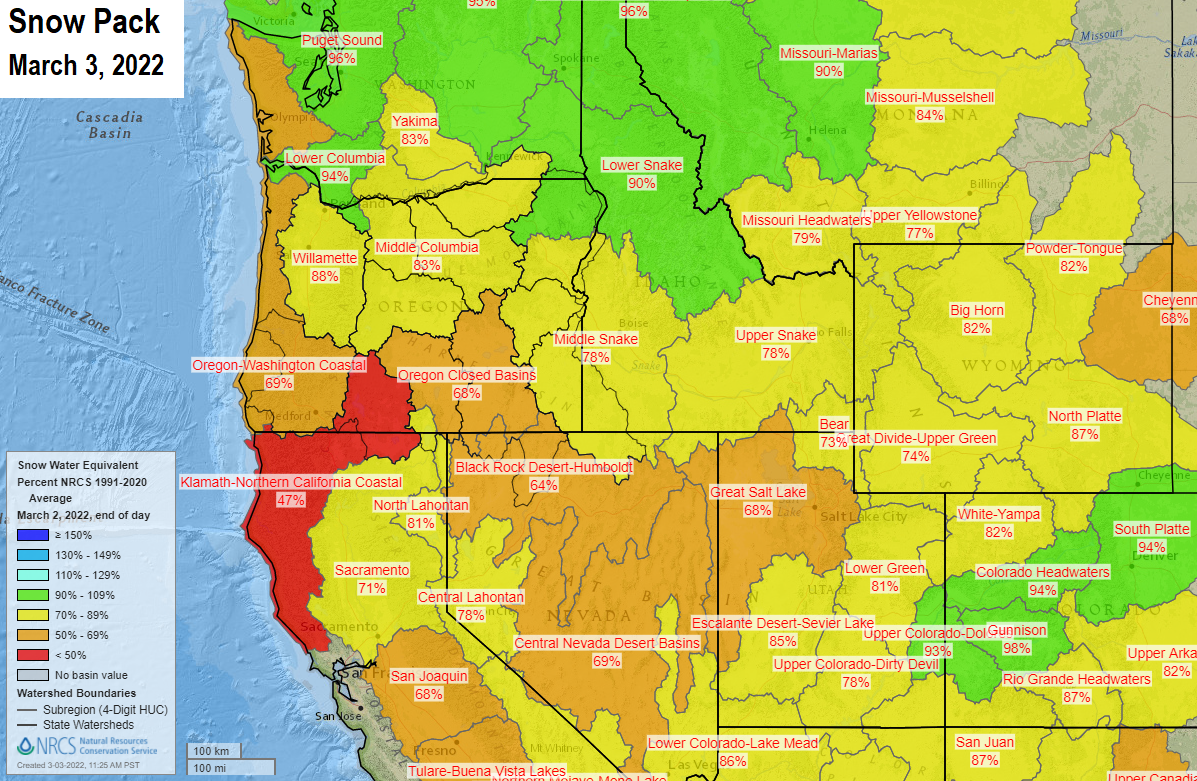 Wednesday March 3: Lots of data for you today! The series of storm systems dropped 1.81" of rain from Saturday (Feb 26) through early this morning and was within the predicted range (1.13" just on March 2). Shower chances will continue through Friday, but don't expect much at all. High pressure moves in Saturday through Tuesday, then a weak system may bring some showers on Wednesday. Storm door "may" open wide again around March 12.

So where do we stand on precipitation? As of the start of the water year on Oct 1, we've recorded 26.08" of precipitation. Normal to date is 30.36", so we're at 86% of normal. Our region of the snowpack is at 88% of average. Not bad numbers to be at, considering how dry January and February were. However, when taking the ongoing drought into consideration, the far below normal precip during January and February (normally part of our wettest months) made Oregon's water situation much worse. Cottage Grove recorded 5.71" of precip in January and 0.64" in February.

Scroll through the the images below for information on drought, snow pack, El Nino/La Nina status + probabilities, and the all-time "rankings" for western region precipitation.

Subscribe to receive updates when we post weather and preparedness updates to our blog. You can elect immediate, daily, or weekly emails. We anticipate a fairly low volume - 3 to 5 posts per week.
Copyright ©2022 grovewx.com