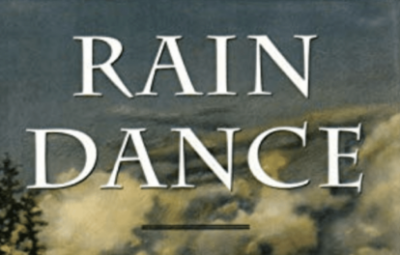 We've had an unusual dry start to September, but there's increasing confidence that a storm system or two will finally bring our first "appreciable" rains of the season late next week (Fri Sept 17) and into the following weekend. Until then, a few storm systems will just "clip" our area. System #1, tonight into Friday morning, will have the greatest possibilities for showers and thunderstorms to our south and east. However, we can't rule out an isolated shower or rumble of thunder here mainly Friday morning. System #2, will pass to our north on Saturday. This system looks dry, so the Humane Society of Cottage Grove's Bow Around Town will be dry with "pawfect" weather for a walk (meet at Prospector Park 9:30am-10:am see below). System #3 looks to pass through the PacNW Tuesday evening through Wednesday morning. Although still a ways out, this storm's tail end may bring a few isolated showers to our area.

First widespread rainfall of the season

Mark your calendars for next Friday (Sept 17). Odds are increasing that we'll see our first decent area-wide rain event of the fall season. The following weekend looks unsettled right now with shower chances (Sept 18-19). It's still too early for the finer details (exact timing, how much rainfall, etc), but this is looking like a storm system that would typically bring us 1/5-1/3" of rainfall (0.20"-0.33"). Keep your fingers crossed.

Shifting winds blowing from east to west have brought varying amounts of smoke into the area, mainly from the fires to our east. This has caused our air quality to venture at times into the "unhealthy" category. Winds are generally expected to blow from a direction that pushes smoke away from us (westerly). However, storm systems passing by over the next few days will cause winds to shift around at times. This may temporarily cause smoke to blow into the area. Overall, winds should stay below 10 mph except a few gusts to 15 mph are possible as the aforementioned storm systems pass by.

Temperatures will now be more fall-like...

It looks like we're finally done with the 90+ degree heat. Temperatures over the next 10-14 days will be a more typical fall roller-coaster. Highs look to mostly peak in the mid 70's to low 80's, but a mid-80 or two may squeeze in. Overnight lows will bottom out mainly at 40-48, but any nights with cloud cover could see lows struggle to reach below the upper 40's or around 50. Normal high/low is near 80/49.

Although "neutral" conditions are currently in place across the Equatorial Pacific (meaning no El Nino or La Nina exists), data and models are signaling a greater than 70% chance of a weak La Nina developing this fall and continuing through winter. If a weak La Nina does develop, historically we see below average precipitation across Western Oregon 50% of the time (see image below). By the way, it's not unusual to have two back-to-back La Nina events. In meteorological terms, this is called a "La Nina Double Dip." As we move forward, data will become more refined over the next 30-45 days as to which way the pendulum leans (La Nina or no La Nina).

Humane Society of Cottage Grove's Bow Around Town This Saturday