A few more days of heat, then cooler temperatures with shower chances? 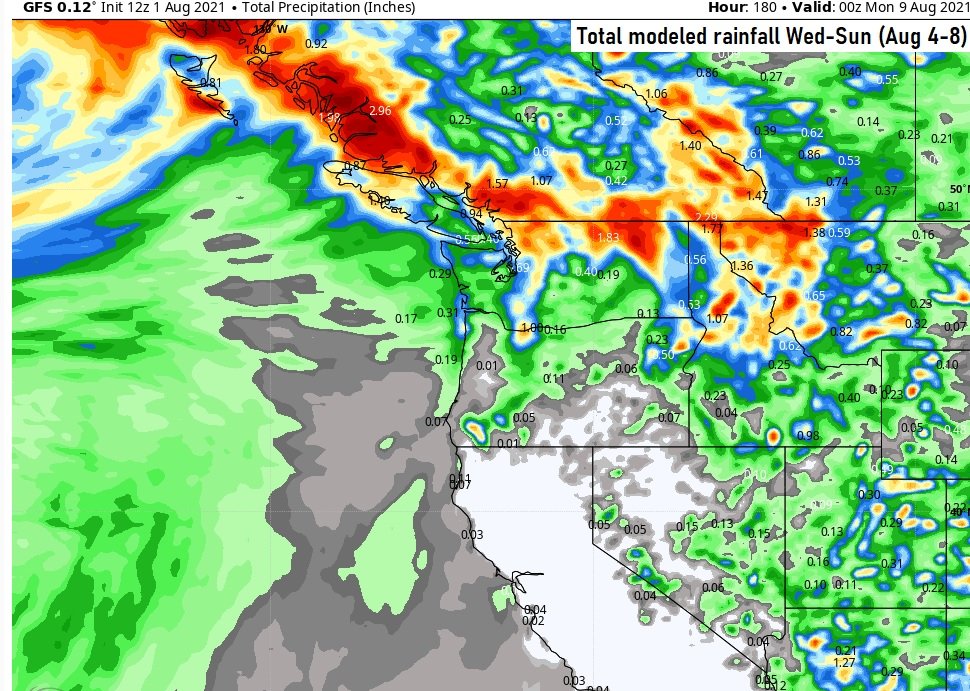 With the exception of a two to three days here and there, high temperatures have been running above the seasonal average since May 28. I don't need to mention our few days of 80+ degree high temps in April and the near 110 degree heat in June. Hasn't it also been more humid this summer?

For the past several weeks, we've been stuck in a pattern of expansive western high pressure that extends from the eastern side of the Rockies westward into eastern Oregon. Circulation around high pressure is "clockwise." With an active monsoon across the desert southwest and our area on the western periphery of this high pressure, that "clockwise" flow has been spinning monsoon moisture and slightly more humid air into our region. The result has made it feel muggy with a few rain drops and even some lightning at times east and south of town.

Meanwhile, a couple of low pressure systems have been waiting in the wings in the Gulf of Alaska and North Pacific. Western high pressure has been blocking these systems from making much movement, but that will change later this week.

A cooler and unsettled pattern is expected to develop later Wednesday, as the first of these two low pressure systems begin affecting our region. I need to say that there is a small possibility that high pressure may not weaken as much as the computer models predict, which could limit the impact from these storm systems. However, at this time I do think we'll see a refreshing pattern change later Wednesday through Saturday along with a chance of light showers. As it looks now, expect cooler temperatures with highs mostly around 80 through the low 80's (maybe an upper 70?). Lows will vary between the mid and upper 50's. Skies will be partly cloudy to, at times, mostly cloudy and we'll have some breezes. By the way, our normal high/low temperatures are 86/52.

Another warming trend will then begin on Sunday (Aug 8) or Monday (Aug 9). Take a look at the preliminary modeled temperature blend for the next 10-days.